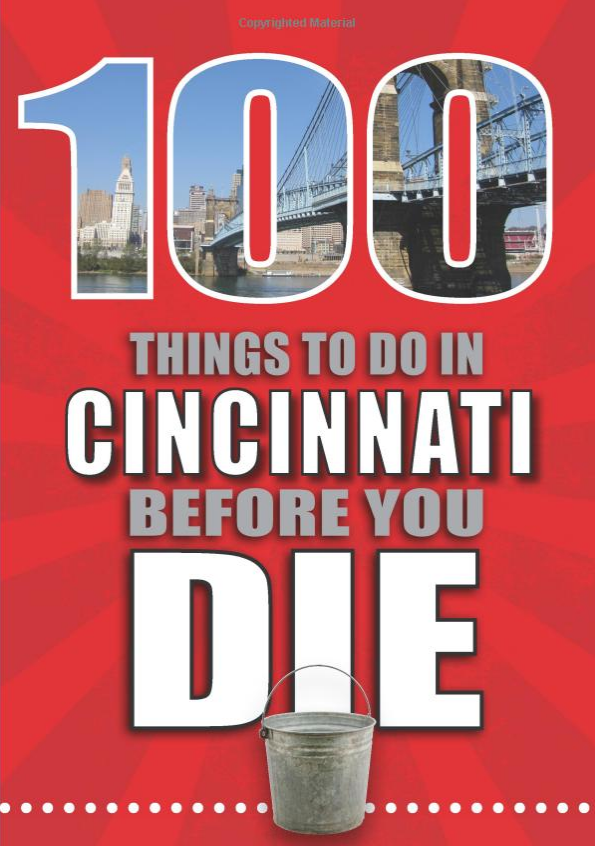 Cincinnati has been an important, intriguing city since its founding in 1788. One of America’s largest metropolises in the 19th century, it was known as the Gateway to the West. To reach to the American frontier, most travelers ferried down the Ohio River. In Cincinnati they enjoyed a refined stop before heading to less civilized regions. In the mid-19th century, thousands of German immigrants found new homes in Cincinnati, a city reminiscent of the European regions they left behind. These industrious people established institutions and businesses that continue to give the city its unique identity from music (especially singing) to beer and the arts. It s a locale that thrives on entrepreneurial spirit and blends the industrial Midwest with the hospitable South. In 100 Things to Do in Cincinnati Before You Die, you’ll be pointed to many facets of the Queen City to explore. Fine and casual dining, arts and culture, fascinating history, great sports traditions and some uniquely local shopping opportunity are all described in this informative book. It’s sure to keep visitors entertained and provide lifelong Cincinnatians with a few surprises.

100 Things to Do in Cincinnati Before You Die is available to purchase on Amazon and at Barnes & Noble!